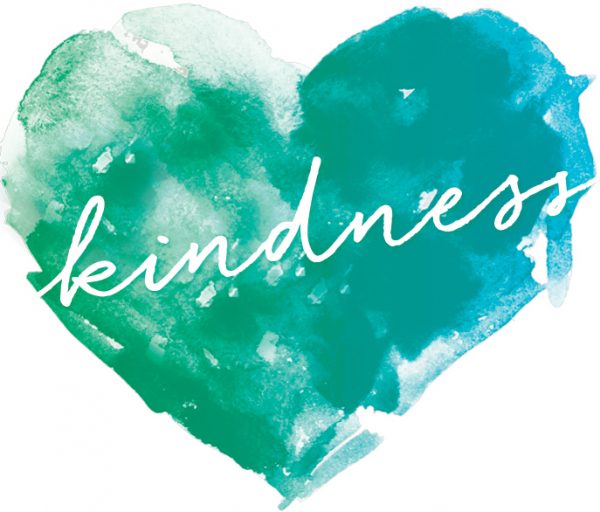 When I want to shut down and relax, I have several favoriteauthors whose non-fiction books I get lost in. One of them is Dean Koontz.  Thereis always something in his novels that I remember long past the actual storyline.  One such something comes from thenovel, From The Corner Of His Eye, and goes,

“Each smallest act of kindnessreverberates across great distances and spans of time, affecting lives unknownto the one whose generous spirit was the source of this good echo, becausekindness is passed on and grows each time it’s passed, until a simple courtesybecomes an act of selfless courage years later and far away.  Likewise, each small meanness, eachexpression of hatred, each act of evil.”

This past January when Jay was sick, he went to the store toget some ginger ale.  The man in front ofhim turned around and said something kind to him and then paid for his gingerale.  Just this small act of kindnessremained with Jay until I got home at 7:30 that night.  And when he was telling me about it, I couldtell that it meant a lot to him that a stranger would take the time to noticeand do something kind for him.

I don’t know how true it is or if anyone has ever done anylong term studies to prove whether the above quote is true.  I do wonder if the growing number of, or theseemingly growing number of, mean, hateful and even evil acts are a result of asingle mean spirited exchange generations ago.

I’ve heard that any great tragedy is not the result of asingle mistake but the result of at least three mistakes in sequence.   I’ve also heard that most of our programmingis a result of our upbringing.  So unlesswe interrupt the series of events or consciously change a behavior pattern, wewill unconsciously contribute to the tragedy or perpetuate a behavior.  And likewise, if we consciously change our orsomeone else’s day for the better, we might just turn the trend of meanness,hatefulness and even evil around.

We're always available to help out, get in touch with us any time, or shoot us an email.

Thank you for contacting us, we'll get back to you shortly.

Sorry, we are unable to send your message at the moment. Please try again later.